With research projects on hold due to social distancing guidelines, scientists are being forced to decide what to do with the creatures that they study. Above, a Chilean rose tarantula on display at an exhibition in Hanover, Germany on Nov. 23, 2019. 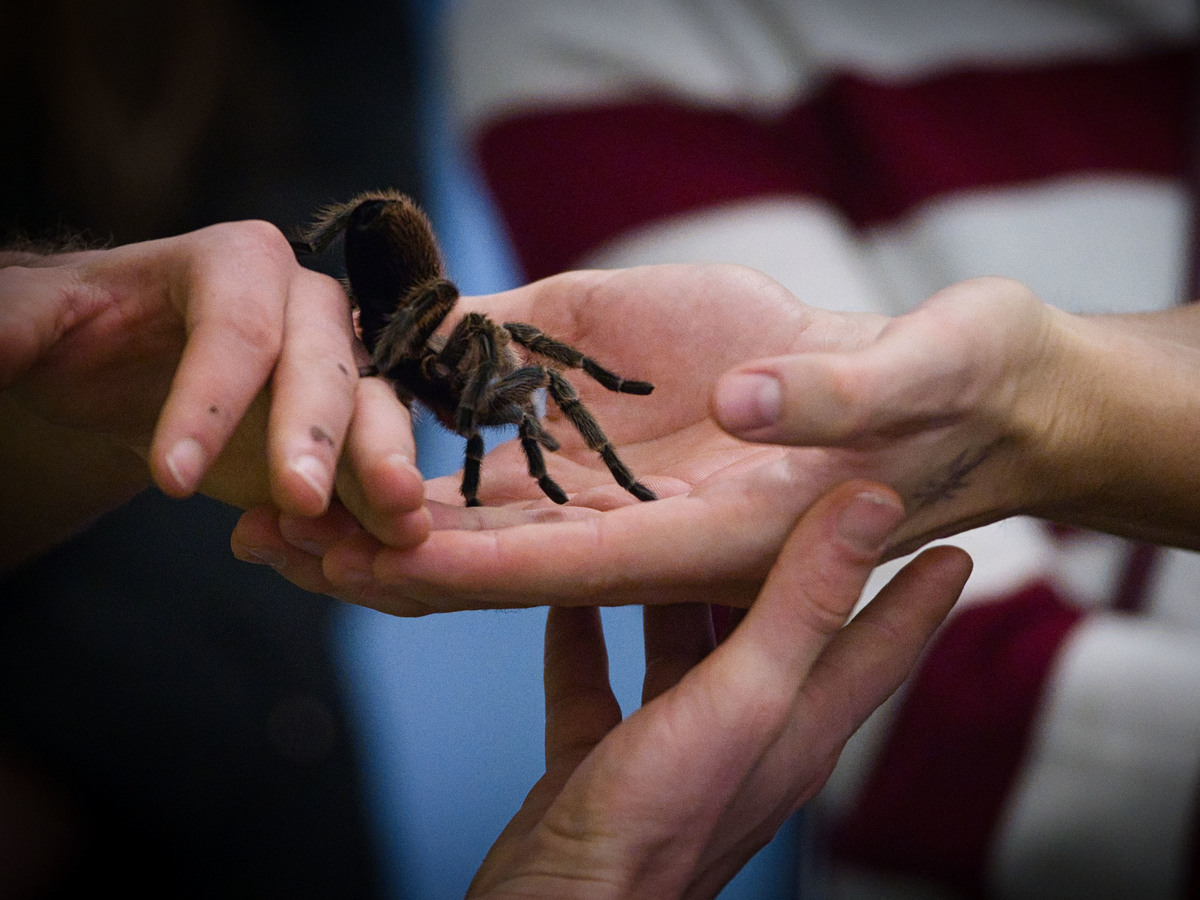 With research projects on hold due to social distancing guidelines, scientists are being forced to decide what to do with the creatures that they study. Above, a Chilean rose tarantula on display at an exhibition in Hanover, Germany on Nov. 23, 2019.

The coronavirus lockdown has raised a conundrum for scientists around the globe: What to do with creatures they study now that research projects have come to a halt.

“Researchers with animals to care for were kind of in a panic,” says Todd Waters, who cares for an arthropod zoo at the University of Maryland. “We were trying to figure out what the environment, what the landscape of our research facilities and [what] the rules were going to look like in the coming weeks and months.”

So when the university gave the go ahead to bring home animals that were not at risk of escaping into the wild and harming the environment, Waters brought the zoo home with him.

The assortment included wolf spiders, assassin bugs, mantises, baby scorpions and baby tarantulas. Waters lives with four other people, which he says made things a bit uncomfortable when he showed up with the critters.

“When I brought the wolf spider home, one of my roommates seemed a little dismayed,” he says with a laugh.

But soon enough, Waters says, his roommates warmed up to the critters and even gathered around to see some of them feed.

“Once people can look at them up close, their fears about them kind of subside and their understanding grows,” he says.

Of course, bringing work home is not an option for everyone. For field researchers, those who study animals in their natural environments, the lockdown has made it all but impossible to gather data.

Anna Hargreaves, an assistant professor at McGill University in Montreal, says one of her Ph.D. students had to halt a research project she had been conducting in the Rocky Mountains. This has put the future of her degree at risk, says Hargreaves.

“I think it is affecting more and more students,” Hargreaves says. “My colleagues who work with captive birds or mice, they were really struggling to figure out how to maintain their labs.”

Researchers like Solomon David have had to release their study subjects back into the wild. An assistant professor of biological sciences at Nicholls State University in Louisiana, David runs a lab that studies gar, a roughly 2.5 foot long fish/alligator look-alike.

David spawns the fish in captivity for genetics work, but with the lab shut down, his team freed the fish back into the Louisiana bayou. Incredibly, the release led to a moment of scientific serendipity when just a few days later, David spotted gar spawning in the wild. In 20 years, he says, it’s something he has only witnessed three times.