Federal lawmakers introduced an joint resolution that seeks “to prohibit the use of slavery and involuntary servitude as a punishment for a crime” under the 13th Amendment to the Constitution. 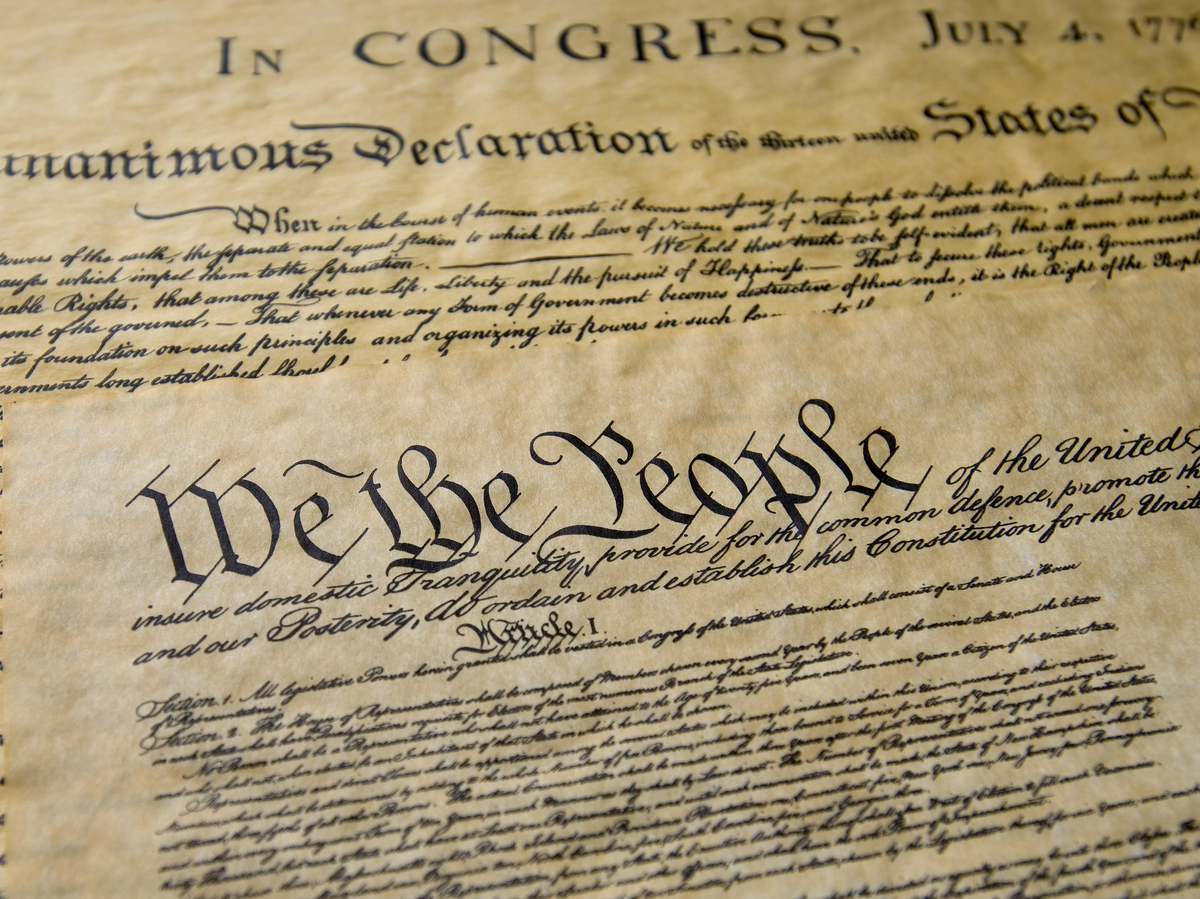 Federal lawmakers introduced an joint resolution that seeks “to prohibit the use of slavery and involuntary servitude as a punishment for a crime” under the 13th Amendment to the Constitution.

As the nation grapples with issues of racial injustice and social inequality, lawmakers on Capitol Hill are pushing to remove the so-called slavery loophole from the United States Constitution.

With the adoption and ratification of the 13th Amendment 155 years ago, the practice of slavery formally ended in this country, but it did not strip away all aspects of involuntary servitude.

A joint resolution dubbed the Abolition Amendment, introduced by Democrats in the House and Senate Wednesday, seeks to correct that. It would remove the “punishment” clause from the amendment, which effectively allows members of prison populations to be used as cheap and free labor.

“Neither slavery nor involuntary servitude, except as a punishment for crime whereof the party shall have been duly convicted, shall exist within the United States, or any place subject to their jurisdiction,” Section 1 of the amendment states.

Oregon Sen. Jeff Merkley, one of the Democrats leading the effort to amend the Constitution, put the change in the context of the overall campaign for justice.

“As we take on the long and difficult challenge of rooting out systemic racism in our nation, ending the slavery loophole in the 13th Amendment is [a] critical step in that challenge,” Merkley said in a statement.

“Slavery is our nation’s original sin and this loophole has been exploited for far too long to criminalize Black and Brown Americans,” he said.

Rep. Lacy Clay, D-Mo., who is leading the amendment effort in the House, seeks to “finish the job that President (Abraham) Lincoln started.”

“No American should ever be subject to involuntary servitude, even if they are incarcerated,” he said.

The measure has more than a dozen cosponsors, however no Republicans in either chamber are currently signed on to measure. Sen. Bernie Sanders, I-Vt., who caucuses with the Democrats, is a cosponsor.

The minimum estimated annual value of incarcerated labor from U.S. prisons and jails is $2 billion, according to the nonprofit Prison Policy Initiative. And as NPR reported in July, companies like Walmart, AT&T, Whole Foods and Victoria’s Secret have used incarcerated populations for their business operations.

The Associated Press, which first reported the news of the congressional push to alter the 13th Amendment, notes that the reliance on prison labor is a generally touted as a way to rehabilitate inmates and provide an environment for teaching them new trade skills.

It’s unlikely the effort will be taken up, let alone passed, before the current session of Congress ends in a few weeks. But Merkley told the AP that he hopes to reintroduce the legislation after the next session starts in January.

Should that happen, a new lead sponsor from the House would be needed, as Clay was defeated during the Democratic primary earlier this year by Cori Bush.

Bush, a nurse and Black Lives Matter activist, won her general election race last month and will enter as a freshman member of the House when Congress convenes in January.

Article V of the Constitution allows for a change in the founding document only after a two-thirds majority of both the House and Senate approve a resolution or by a constitutional convention in which two-thirds of state legislatures vote to support the measure.

None of the Constitution’s 27 amendments have been proposed by constitutional convention.