Once again the world’s economies prove that Bitcoin can be the answer to their problems – City A.M.

The Fed stepped up its narrative this week and further confirmed what many had feared. The Fed wants markets lower, in everything. This was more or less confirmed by several Fed speakers this week on the topic of tightening financial conditions. Fed speakers said conditions needed to tighten and we and they know that means lower asset prices. The Fed is finally awake to the massive asset price bubble they have engineered and they are beginning to panic. Fed Chair Powell said this week that controlling inflation would be painful. He meant pain for the economy and asset prices. The mid-week CPI number further demonstrated just how far behind the curve the Fed has found itself. It is now looking more and more unlikely to ever catch up. Instead, a recession will do the job for it. Again we have been calling for this for some time. Why others have not does seem baffling. A quick look at history demonstrates the fallacy of a soft landing. Recessions always end inflation, nothing else works. Deutsche Bank was the first major Wall Street firm to predict a 2023 US recession and now many others are following suit. The bond market is the most notable predictor of a US recession. The front end yield (2-Year) has been rising in anticipation of an aggressive Fed hiking cycle but the far end (10-year) actually has been falling as the bond market predicts a US recession and so falling interest rates that far out the curve. The Fed though needs asset prices particularly in the risker side of things, to keep falling and it will get its way.

Bond spreads have continued to widen and the spread between junk bonds and treasuries continues to widen, out to 477 basis points this week. That implies greater risk and tighter financial conditions. Less availability of credit for riskier assets so they fall hard and fast. Value is the place to be as this capitulation will soon reach its nadir. Growth stocks will continue to fall but value stocks should stabilize as the far end of the yield curve encourages investors to look for stability and safety.

Risk assets will also not have been helped by this week’s collapse in crypto markets. Bitcoin has managed to steady itself but others are left in tatters. Credibility has been shaken and just when it was hoped institutional investors may diversify to crypto-assets this will likely ensure they do not. Dealing with collapsing bond and equity markets will be enough for now thank you very much.

Anyway, we reached peak fear more or less this week and finally got the bounce everyone had been waiting for. This was flagged by the riskier side of the market, Bitcoin and ARKK for example all rallied in to the close on Thursday and set up Friday’s strong move higher.

Perhaps the most impressive and hopeful side of Friday’s rally was that the rally continued despite the bad news. We had Powell taking to the wires after Thursday’s close but markets opened positively. We then had a pretty poor Michigan Consumer Sentiment reading but the market is currently extending its gains into the close. 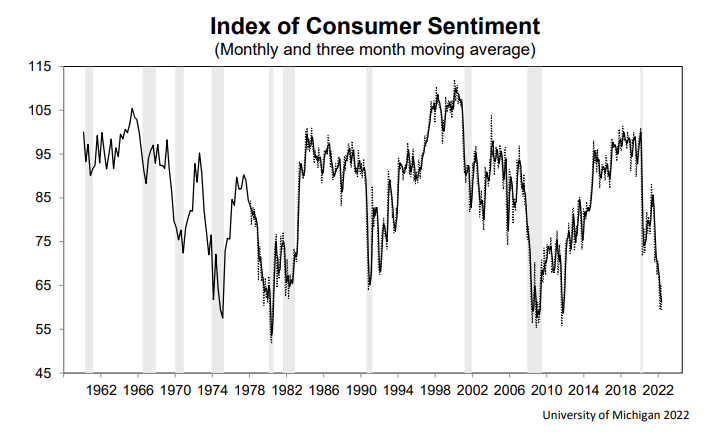 We can see from the chart above sentiment is now lower than after the pandemic in March 2020. The shaded areas are US recessions so we are basically in that zone now with this reading.

Finally, we got the long-awaited rally. Regular readers will note that we advised to hold for sub $400 on the SPY and Friday is confirmation of this strategy. Still, this move is not exactly reassuring. We currently have a 90% up day (90% of all stocks are positive). Closing above $400 will be the first test (we write this with one-hour remaining). Next week will be key. Earnings season is finished and it was strong. The Fed decision has been and gone and so too has the CPI number. So there is not much on the data or earnings front to shift the needle either way. Next week will be all flow and sentiment-related. This rally should extend if it indeed is a rally. $430 and $440 are the key resistance levels. $440 will be tough to break. Above $400 we feel there is a chance but need the SPY to hold this level on Monday to consolidate Friday’s gains. So let’s narrow it down. Close above $400 on Friday, hold those gains on Monday and we think indeed the rally to $430 and even $440 is on the cards. That’s a classic sharp 10% bear market rally. That should get investors bulled up again and retail rushing back in. That will be the signal to get out or scale back! 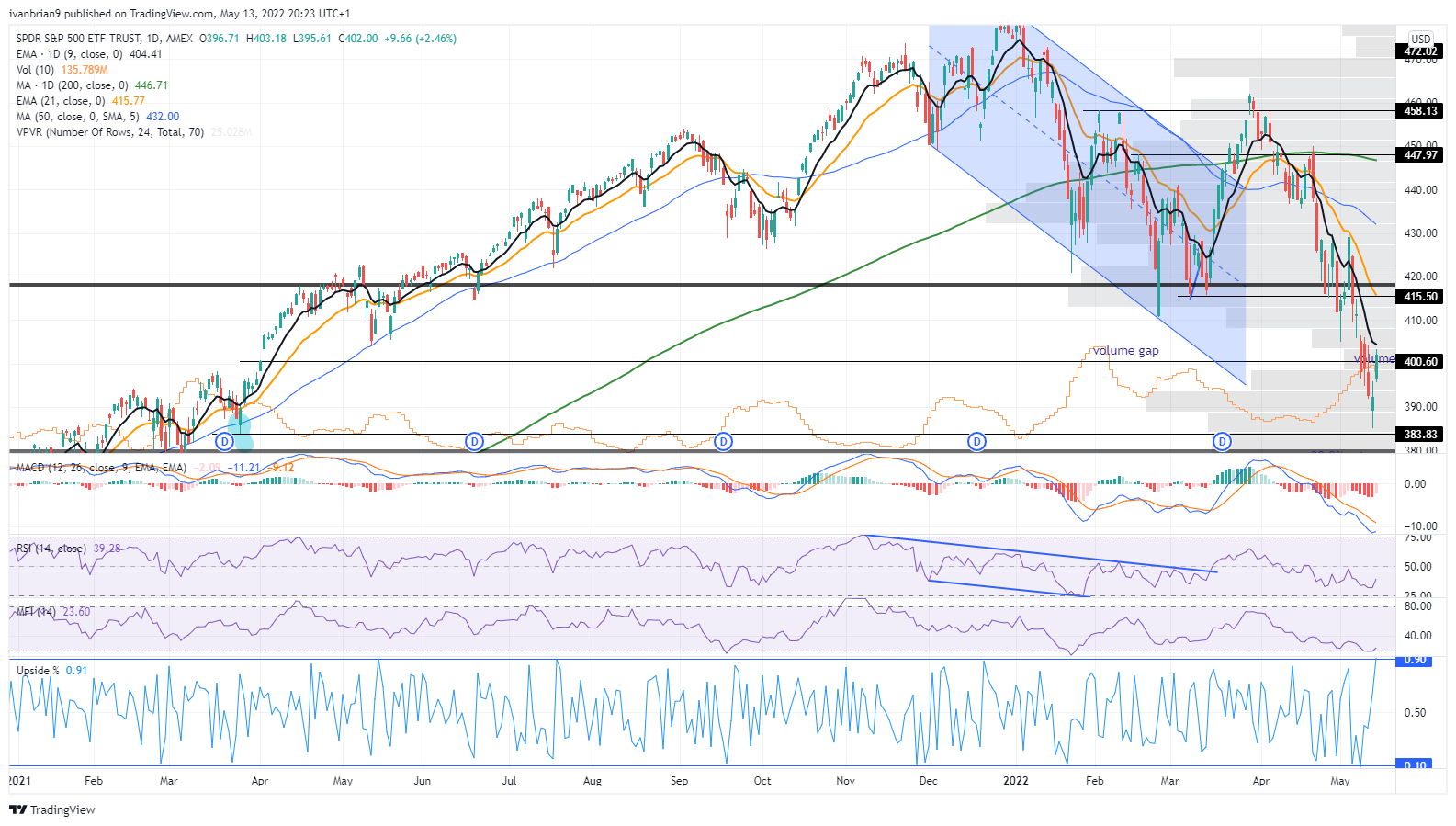 As mentioned the season is done apart from a few laggards. Earnings season was positive with a near 80% beat rate for the S&P 500 components. Historically a high number.

Wow pretty lame week on this front. Retail sales on Tuesday the highlight. 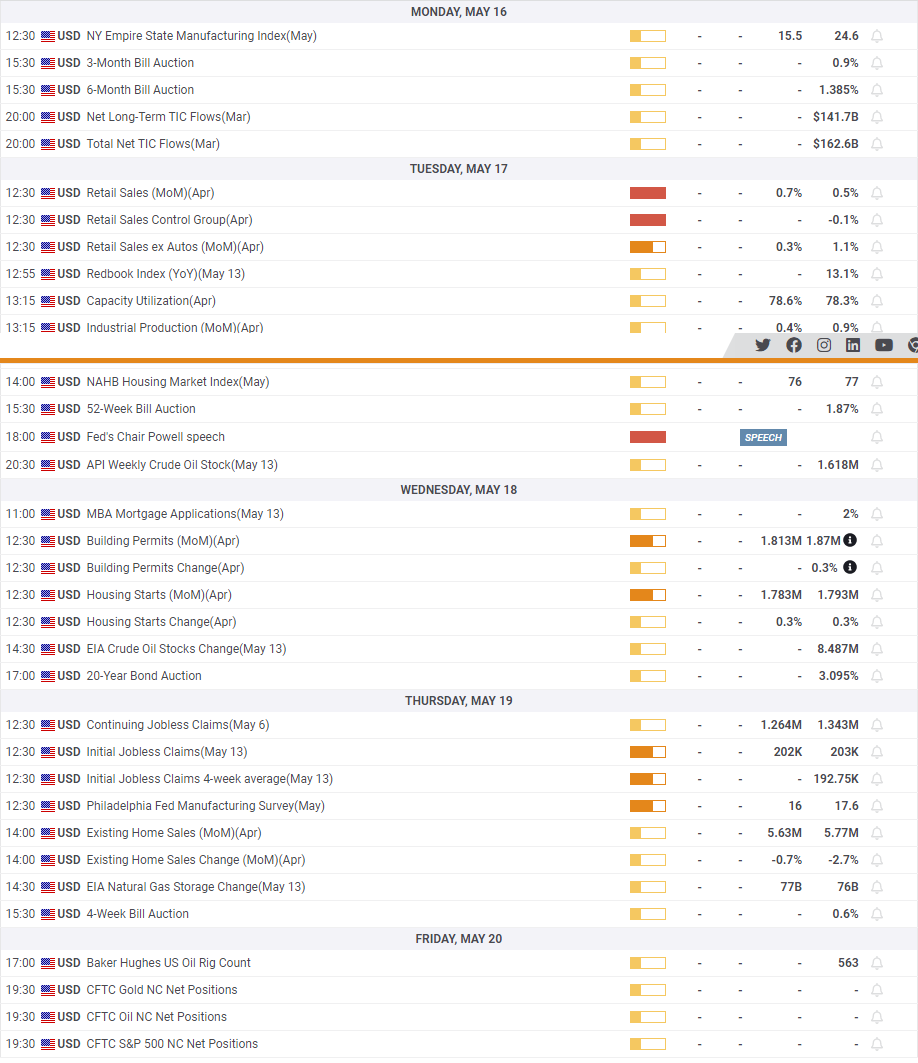 The author is short Tesla and Twitter and is long IUSA

Once again the world’s economies prove that Bitcoin can be the answer to their problems – City A.M.

Once again the world’s economies prove that Bitcoin can be the answer to their problems  City A.M.

The Psychology Behind Obsessions With Cryptocurrency

Even if investing is not your cup of tea, you have probably heard of Bitcoin (the first and most popular...